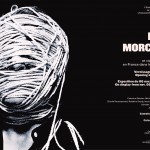 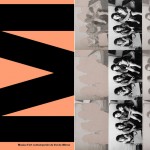 MAC VAL is inaugurating an original exhibition by Nil Yalter, an artist internationally recognised for the engagement and “multistylistic” nature of her art, ranging from video to painting, from collage to photography, from performance to installation. Of this militant artist born in 1938, art critic Georges Boudaille wrote in 1979: “Nil Yalter sees herself as an instrument, an amplifier, in favour of almost obsessional themes: the situation of all immigrant workers and the position of women in all societies.”

Her works, her forms derive from her documentary or sociological material. She explores the conditions of excluded populations or individuals – immigrant male and female workers, exiled communities, women prisoners – by means of investigations and interviews. Nil Yalter gives a voice to individuals who express the difficulty of their everyday life in their quarter, town, country, or society.

It follows the one organised by FRAC Lorraine in 2016 and is designed to be complimentary to the one organised at the Museum Ludwig in Cologne and at the Hessel Museum of Art in Annandale-on-Hudson, New York. From the constructivist paintings of the 1960s to the most recent developments, it offers a retrospective of this body of work which takes a feminist and Marxist perspective on such issues as immigration, gender and class.

Discrimination is the driving theme of this multimedia body of work combining drawing, video, painting, performance, text, photography and objects. This exhibition is also accompanied by the first monograph on the artist’s work to be published in French.

“A photograph of the carer of Nil Yalter, a Franco-Turkish artist born in 1938, the exhibition “TRANS/HUMANCE” sets up connections between her different periods, from the constructivist paintings of the 1960s to two new works conceived for MAC VAL (Niqab Blues, 2018-19 and Gitanes, 2019), via the socio-critical projects of the 1970s and 1980s. The displays includes the first recreation of Yalter’s crucial 1983 exhibition at the ARC “C’est un dur métier que l’exil,” in which men and women speak of their living and working conditions in the secret workshops of the Faubourg Saint-Denis. Many of her works are shown here in their full form, like the video Katran (1978), in which a union activist explains workplace bullying. The works examine the new towns, home to factory workers (Chicago, 1975) whose struggles to improve their existences are depicted along with the effects of their beliefs. The exhibition takes in the set of works which constitute an important record of immigration in France in the 1970s and 80s, but also reflect the artist’s feminist and Marxist positions. Her feminist engagements are to the fore in La Femme sans tête ou La Danse du ventre (1974) and Lapidation (2009), as well as in the interactive video Histoire de peau (2003).

“TRANS/HUMANCE” immerses visitors in a powerful discourse, with words that speak both to our sensibility and to our desire for rational knowledge. These pieces are emblematic of the struggles and desires of a given period yet resonate powerfully with our own, even if the influence of ethnography and political and social events place them within specific places and histories. In this multimedia ensemble, moving images are associated with drawings, gelatin silver photographs and Polaroids, paintings and collages of materials and texts, adapted to the new computer-based technologies of the 1990s–2000s. “TRANS/HUMANCE” offers a magnificent panorama of sixty years of work by a major international artist.”

co-curator of the exhibition 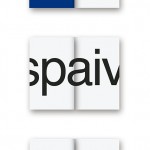 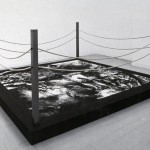